CityLink is a 22km road scheme in two sections. The Western Link upgrades an existing freeway to eight lanes and adds a six-lane elevated road and bridge crossing over the River Yarra. The Southern Link upgrades an arterial roadway to five and six lanes, and provides two three-lane tunnels (of 3.4km and 1.6 km in length) under the Yarra. It opened in 2000. Toll charges are collected through an electronic system developed as part of the project. The project is associated with the redevelopment of unused docklands between the central business district and the Yarra, and the expansion of container traffic through the port.

The primary objective of the project was to relieve congestion in the city centre, by linking the existing radial highways and bypassing the centre’s urban and residential streets. This in turn would improve the urban environment and provide better access for industry to port, rail and airport facilities. The project was supported by a variety of national and state government policy statements relating to transport and urban development between 1987 and 1992. The decision to seek private sector involvement was announcd in 1992, based on guidelines issued by the State government in 1991. The scheme was initially developed by the state road agency, VicRoads, but in 1995 the core team from VicRoads was transferred to the newly established Melbourne City Link Authority. Public consultation took place in 1992, highlighting issues about potential economic, social and environmental impacts, and leading to the publication of an environmental effects statement in 1994.

The cost was estimated at AUD 1.776bn (at 1993 prices) (USD 2.80bn at 2010 pricesi) in Transurban’s 1996 prospectus. The design and construct contract accounted for 65% of the estimated cost. The final project cost in 2006 was slightly lower, at AUD 2.2bn (USD 2.46bn at 2010 prices). The state government also incurred costs of AUD 0.34bn (twice the original estimate) for land acquisition and works to the connecting road network. The Transurban Consortium (Transfield Holdings of Australia and Obayashi Corporation of Japan) was awarded the concession to design, build, finance, operate, levy tolls and maintain the infrastructure for 34 years, when it will transfer to the state. A subsidiary of Transurban, the Transfield Obayashi Joint Venture, was responsible for design and construction. Melbourne City Link Authority acted as the client and performed various functions including land acquisition, liaison and negotiation with other public authorities (it has since been disbanded). Sinclair Knight Merz was appointed by the state as independent reviewer. The development of an electronic toll system presented the greatest risk for Transurban, as no revenue could be collected unless it functioned to a high degree of accuracy.

Transurban is a sub-lessee of the unit trust, City Link Management Ltd, a wholly owned subsidiary of Macquarie Bank Ltd. Its prospectus was underwritten by JB Were, Macquarie Underwriting Ltd and SBC Warburg Australia Ltd. The project was financed by 59% debt (provided by a syndicate of banks) and 23% equity (raised from a variety of sources including public and institutional bond issues). Additional funding came from CPI bonds underwritten by ANZ, Bankers Trust Australia, CBA, Macquarie Bank, MLC and Westpac, and subordinated debt underwritten by National Australia Bank. Transurban pays concession fee payments to the state every year. The state can terminate the concession deed after 25 years in the event of high rates of return and repayment of the initial loan.

We’re still fighting city freeways after half a century 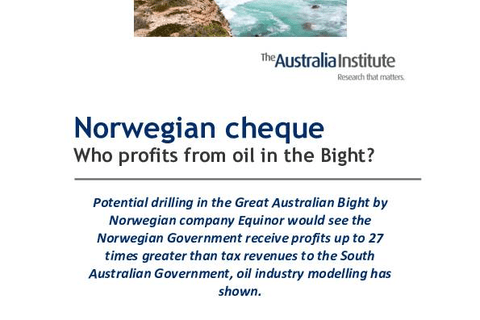 The development of the Gippsland economic modelling tool