This study of online retail in Australia from 2007-13, part of the World Internet Project (WIP) reveals a consistent pattern of large increases in the number of online purchases made by Australian consumers, reaching an average expenditure of $2616 a year in 2013.

Online shopping in Australia is enjoying a strong second wave of growth as more consumers build internet browsing, purchasing and financial transactions into their everyday lives.  After an apparent plateau between 2009 and 2011, this latest survey confirms that online shopping by Australian consumers grew strongly again between 2011 and 2013.  The mean value of monthly online purchases by Australians grew by 5.8% to $218 from 2011-13, while the actual number of internet purchases grew by 46.2%. Men are still the internet shopping kings, buying $229 in online goods a month, compared to women’s purchases of $204.

The good news for Australian businesses is that local retailers are maintaining their share of this growth, as Australian consumers maintain their strong preference for shopping with domestically-based websites.  Three out of ten Australians now shop online every week, or more often, compared with two in ten New Zealanders and one in ten Swiss.

There has also been a continued major upsurge in the number of Australians using the internet for financial transactions. For example people making travel bookings online grew from 49% in 2007 to 73% in 2013, those paying bills grew from 43% to 72% and those purchasing event tickets from 36% to 65%. The latest survey also reveals renewed growth in Australians buying digital content – movies, books, music, games etc – online rather than in-store.

The WIP is conducted in 30 countries round the world to compare internet use and behaviour. In Australia it consists of an annual survey of 1000 people aged 18 or older and has been running since 2007. The WIP is part of the ARC Centre of Excellence for Creative Industries and Innovation.

Dr Scott Ewing is a Senior Research Fellow at the Swinburne Institute for Social Research and at the ARC Centre of Excellence in Creative Industries and Innovation. 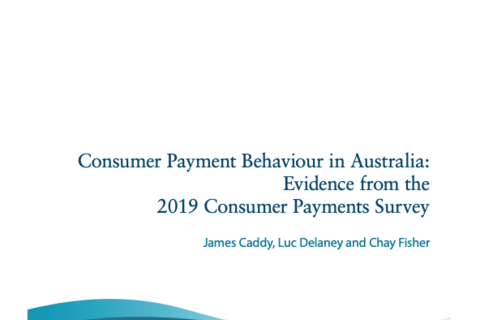 Online shopping and potential changes to the low value threshold: costs and benefits for government, consumers and retailers

The future of the last-mile ecosystem

Breaking the mould: how Etsy and online craft marketplaces are changing the nature of business