Electronic petitions (e-petitions) have been introduced in Australian legislatures and internationally to improve public engagement with the political process and to make democracy more accessible, participatory and responsive. In Victoria, both houses of Parliament accept only paper petitions in accordance with relevant standing orders, however, several parliamentary committee inquiries have recommended the introduction of e-petitions.  On 8 June 2016, the Legislative Council supported a motion by the Hon. Fiona Patten MLC to introduce e-petitions to the Legislative Council.

This paper examines the potential for e-petitions to enhance the political engagement function of petitioning and assesses the procedural and technical requirements that have to be taken into account in planning an e-petition system.

There are several models of e-petitions, with varying degrees of online functionality. The minimal model involves presentation of a printout of a petition hosted by an independent platform, such as GetUp! or Change.org to the legislature. In this model, the online platform is hosted externally. The basic online model essentially replicates the paper petition process as principal petitioners are required to print out a petition application form, complete it manually and then submit it. This requires parliament to create a website so that users can check on the status of a petition, as well as the number of signatures that have been added and whether a ministerial response has been made. The advanced online model has form functionality, which means users can input petition details online rather than printing out and manually completing a request form.

A common feature of the e-petitions models is the transparency they provide, including all information related to the petition, such as when it closes, how many people have signed it and when a ministerial response is received. This is a much greater level of transparency than the paper petition system, in which there is no mechanism for informing signatories of the outcome of a petition, regardless of whether a ministerial response is provided. E-petitions are also more dynamic than paper petitions as they provide a greater degree of interactivity by enabling users to monitor the status of a petition, choose to be notified of its progress, as well as participate in related discussion forums.

This paper examines how e-petitions have been introduced in Queensland, Scotland, the United Kingdom, Germany and the United States and how effective these have been in fostering engagement with the political process. It addresses the difficulty in gauging what makes a petition successful, as well as the concerns about the limitations of e-petitions. Findings from other parliaments suggest that the advantages of easier communication between people and parliament, greater transparency in the petitioning process and increased opportunity for responsiveness by parliament seem to outweigh any disadvantages.

Making a difference: petitioning the House of Representatives

Your voice can change our future: Inquiry into the future of petitioning in the House

Australia’s lobbying laws are inadequate, but other countries are getting it right

Don't blame "the people": the rise of elite-led populism in Canada 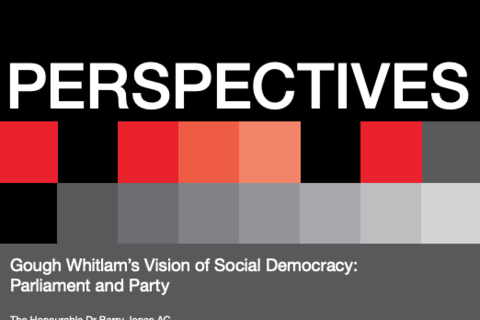