This paper looks at the mechanisms in place to plan, prioritise and assess infrastructure development in each of the jurisdictions, including Infrastructure Australia. By doing this we can see how much progress has been made, and how the systems differ.

This review is important because in recent years, Australia’s population growth has been amongst the fastest in the developed world. Both Sydney and Melbourne are projected to be home to almost eight million people by 2050 and our four biggest cities, on current projections, will increase their overall share of the national
population.

The right infrastructure decisions have the capacity to shape the population distribution of this country. A growing population can be a source of dynamism for the economy. It provides a larger domestic market for business, increases the size of the labour force and facilitates innovation. Our population provides the ideas, the capital and the labour to innovate, build and grow.

It is critical that Australia has the right framework in place to enable holistic infrastructure strategies that are interconnected, integrated, and sustainable. Consult Australia believes that there are four core components that are required in order to deliver Australia’s infrastructure needs, now and into the future: Independence, Planning, Assessment, and Prioritisation.

This paper considers each of these components in turn and makes recommendations to establish best practice. 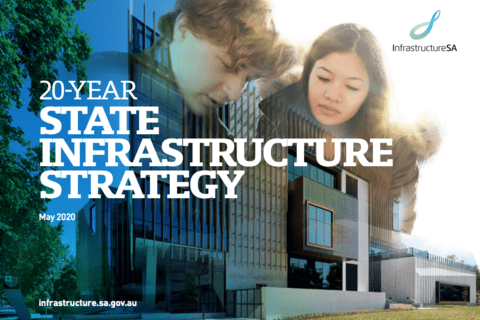 Innovation in infrastructure: barriers and opportunities to unlock innovation for a better future

Ageing and Transport: Mobility Issues - A Case Study for Adelaide

In Search of the Elusive Triple Bottom Line: Turbulent Infrastructure Policy at the Sydney Water Board