Attraction, retention and utilisation of the aged care workforce

The aged care workforce is currently facing a number of challenges as the aged care industry grows to meet increasing and diverse demands for services. Three challenges underpin the shifts under way affecting the workforce.

Firstly, the consumer base requiring aged care services is undergoing change. The number of older people needing care is predicted to rise considerably over coming decades and as a consequence the aged care workforce will need to expand to meet these care needs (Productivity Commission 2013). It has been estimated that the aged care sector will need to employ almost one million workers by 2050 (Productivity Commission 2011).

The older population is also becoming more heterogeneous in terms of their health and disability status, cultural background and sexual orientation. This is leading to a greater diversity of aged care service needs and the requirement of workers with appropriate skillsets to respond to these needs (Senate Community Affairs References Committee 2017).

Secondly, competition with other care sectors for skilled workers is likely to grow in the future. Competition is expected to be greatest between the aged care and disability sectors. Both sectors require an expansion in their respective workforces, and the roll-out of the National Disability Insurance Scheme (NDIS) is already increasing the demand for workers with similar qualifications and skill to those required in aged care (Mavromaras, Moskos and Mahuteau 2017; Tune 2017).

Thirdly, the aged care reforms which have been shaping the provision of care within the sector are also leading to changes for the workforce. In particular within the community sector, the adoption of a model of consumer directed care means that clients now have greater choice and control over their supports, how these are provided and by whom (Mavromaras, Knight, Isherwood et al. 2017; Senate Community Affairs References Committee 2017). This is likely to have flow-on implications for the workforce in terms of the nature of aged care work itself, the types and levels of skills required in the sector, and also the working arrangements and conditions provided to employees.

The 2016 National Aged Care Workforce Census and Survey (NACWCS) indicated, however, that the sector is currently experiencing some workforce pressures (Mavromaras, Knight, Isherwood et al. 2017). The total aged care workforce in 2016 was estimated to comprise around 366,000 employees (with just over 240,000 employed in direct care roles); this represents a four per cent growth in the total workforce since 2012. Tune (2017, p 175) advises that this level of growth is insufficient and that “the workforce will need to grow at around three times its current growth rate” if it is to meet projected targets.

Moreover, while the incidence of skill shortages was shown to have declined since 2012, around two-thirds of residential and half of all community aged care organisations were experiencing skill shortages of direct care staff (particularly for registered nurses (RNs) within residential settings and care workers in community aged care). A lack of suitable applicants, the geographical location of the organisation, slow recruitment, and a need for specialist knowledge were considered to be contributing to skill shortages within the sector.

These numbers indicate that residential aged care manages to attract a younger cohort of new workers: younger workers accounted for almost half (46 per cent) of all new hires in 2016, against a much lower 24 per cent in the community workforce, which continues to get older. There are some notable implications of these findings. Clearly, the demographics of the residential care workforce are getting better, with a lower risk of losing workers and their valuable experience and training due to retirement. Employers can feel more confident in investing in training their younger new hires in the residential sector. The number of residential care workdays lost due to health related absences, including work-caused injuries will be getting smaller. These are clear improvements and good news for residential care employers, but not for community care employers where the age composition is not getting younger. However, the improvements for residential care may not come without a price. The younger cohort is more likely to want to work part time in the longer run and more likely to present higher demands for improved pay than their older counterparts who have settled for lower wages. Also, the younger care workers may be more mobile, as they may be more likely to discover alternative employment and move to another sector. The precedent of qualified mainstream nurses working in non-nursing jobs is one that the sector should bear in mind. Without closer and deeper monitoring of the way the age composition develops it will not be straightforward to build a clear picture of the net employment impact on the sector of the observed changes in the age composition of its workforces.

In order to address its current workforce pressures and future challenges, the demographics would suggest that the aged care sector will need to attract greater numbers of new and younger workers. However, economic considerations would suggest that some of the emphasis of workforce planning would also need to be placed on how to retain workers better, especially those with the necessary skills, and how to train and utilise them productively in the workplace. An important economic consideration in the context of the preferred age composition of the workforce would be labour supply differences of the different age and gender cohorts. For example, the degree of willingness to sacrifice higher wages for flexible working conditions, a preference of part time work over full time work and other relevant factors must be kept in mind.

It is therefore important to understand the issues influencing the attraction, retention and utilisation of the aged care workforce. Using qualitative and quantitative data from the 2012 and 2016 NACWCS, this report provides evidence on the pathways into aged care and the factors which facilitate and hinder worker attraction into the sector. Furthermore we explore the contributors which impact both positively and negatively on the retention of aged care workers as well as the presence and impact of skill shortages within the sector.

Finally, the report integrates the evidence relating to attraction, retention and skill shortages, and provides recommendations of the steps the sector could take to achieve a skilled and sustainable aged care workforce which is able meet the care needs of older Australians both now and into the future.

Ageing in South Australia 2016: insights from the aged care sector 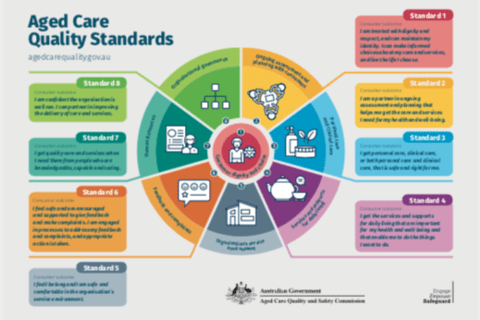 Engaging our remote and mobile workforce

Why health matters for economic performance