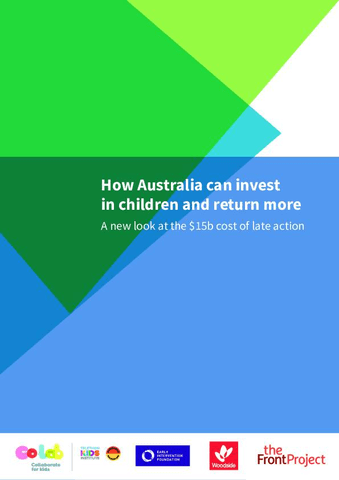 How Australia can invest in children and return more

The number of children and young people experiencing serious issues in Australia is alarming and increasing. The purpose of this report is to:

Five organisations from the business, philanthropy, not-for-profit and research sectors have come together to identify and explain the human and economic cost to Australia of not stepping in early to support children and young people experiencing difficulties.

The analysis was led by the Early Intervention Foundation and replicates their method and approach to measuring the cost of late intervention in the United Kingdom (UK) (EIF, 2015, 2016 & 2018). Our report calculates annual expenditure on the acute, statutory and essential benefits and services provided by government that become necessary once children or young people are experiencing serious issues. It is one of the first national reports that calculates spending by Commonwealth and state and territory governments across multiple issues and portfolios, including health, justice, human services and welfare. Specifically, it focuses on the issues faced by children and young people:

Developmental vulnerability and contact with the child protection system

Government provision of social services through nonprofit organisations: a note on contracting as a regime, and its possible relevance  to Australia

Framework to reduce criminalisation of young people in residential care 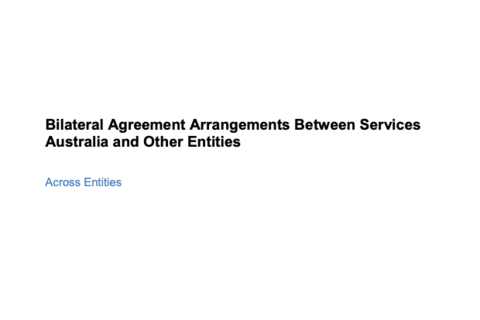 Bilateral agreement arrangements between Services Australia and other entities