Government provision of social services through nonprofit organisations: a note on contracting as a regime, and its possible relevance  to Australia

Historically, nonprofit organisations in the United States have played a critical role in helping people in need by providing education, training, residential, counselling and in-kind and cash support. Today, contrary to popular belief, most nonprofit service organisations in the United States depend on government for over half of their revenues. The paper by Lipsky and Smith considers the implications of this relationship between government and nonprofit organisations for our understanding of the welfare state in advanced industrial countries. They argue that recently the American government has used nonprofit agencies to expand the boundaries of the welfare state in a host of service categories,from child abuse to domestic violence to homelessness. The result is a welfare state that is more expansive than would be the case if policymakers relied solely on the public sector. The paper also examines the effects of this evolving relationship on the organisational norms of nonprofit agencies. These agencies have an emphasis on particularistic responses to the individual, while the government requires an equity-based focus in which all clients are treated alike. The new funding arrangements mean increased government intrusion into the affairs o f nonprofit agencies, thereby altering the character o f social policy and the American welfare state.

In his paper, 'A Note on Contracting as a Regime', Michael Lipsky explores the notion of a 'contracting regime' as a set of "principles, norms, rules, and decision-making procedures around which actor expectations converge in a given issue-area." Regimes, however, are not simply collections of equal and independent entities, but instead are critically influenced by one of the participating actors. Specifically, in the contracting regime, nonprofit service organisations have changed. Nonprofit human service agencies may now be more expansive than they were able to be in the past, but they are also more tied to government and more reflective o f public priorities than o f the community values they represented in the past.

Jobactive: failing those it is intended to serve 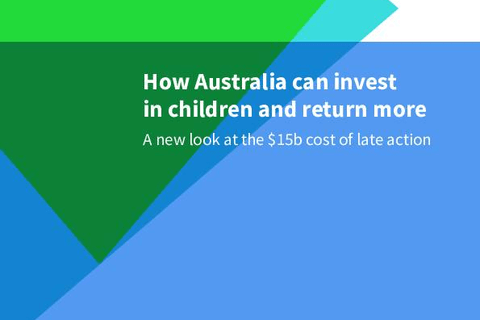 How Australia can invest in children and return more

Social service system: the funding gap and how to bridge it

Building on the value of Victoria’s community sector

Contribution of the not-for-profit sector

Service delivery review: a how to manual for local government