Gender wage differentials have received a substantial amount of attention in the literature, the press, and the political sphere. Efforts are underway in many firms and countries to reduce this differential. However, in many countries men are the primary breadwinners for their families, and individuals may purposefully or unconsciously adapt their behaviour to conform with this social norm. Households that violate this social norm may face consequences. Some recent research suggests that marriages suffer when women out-earn their male partners, with partners in female-breadwinning marriages experiencing less satisfaction with the relationship and a higher rate of partnership dissolution. Increasing gender earnings equality could therefore potentially have an adverse effect in other lifestyle dimensions.

We use data from the Household, Income and Labour Dynamics in Australia (HILDA) survey and the U.S. National Longitudinal Survey of Youth 1997 to examine the relation between partnership satisfaction/stability and female breadwinning. The data we use are more recent than those used previously in the literature and encompass both married and cohabiting partnerships. We find only weak evidence of a negative relation, and much of that evidence is concentrated in cohabiting partnerships which are in general less stable than marriages. This result may reflect changing social norms, plus the greater ease with which cohabiting (as compared to married) women who out-earn their partners can re-partner. We also find evidence of a continuing negative association between female breadwinning and our partnership health measures for men in less-educated partnerships, consistent with the fact that gender role attitudes tend to be more conservative amongst less-educated individuals. Overall, our results suggest that society is adapting through time to changes in the economic realities facing men and women.

Negotiating the gender divide: lessons from the negotiation and organizational behavior literatures 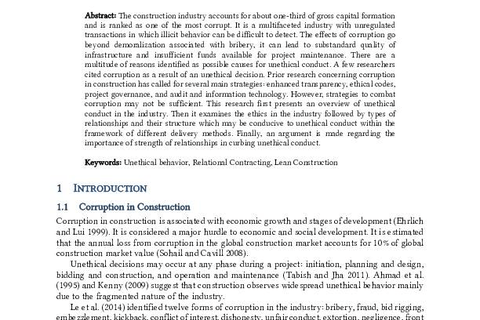 Trends in partnering and fertility among the Indigenous population

Strengthening prevention and early intervention services for families into the future

Young people as agents of change in preventing violence against women

The influence of trust in traditional contracting: investigating the "lived experience" of stakeholders