The small, low-lying islands of the South Pacific are among the countries that are most threatened by climate change. The larger islands in Melanesia are in a better position to adapt to climate change than the smaller atolls in Polynesia and Micronesia. The Boe Declaration on Regional Security, signed at the Pacific Islands Forum in 2018, updates an earlier regional security statement and declares that ‘climate change remains the single greatest threat to the livelihoods, security and wellbeing of the peoples of the Pacific’. That sentiment was reiterated at the 2019 Pacific Islands Forum in the Kainaki II Statement where ‘Leaders noted that escalating climate change impacts, coupled with the intensification of geostrategic competition, is exacerbating the region’s vulnerabilities.’ Sea-level rise is the greatest climate-related threat to the region and is expected to weaken water security to a greater extent than food security.

How climate change affects food and water security in Indonesia 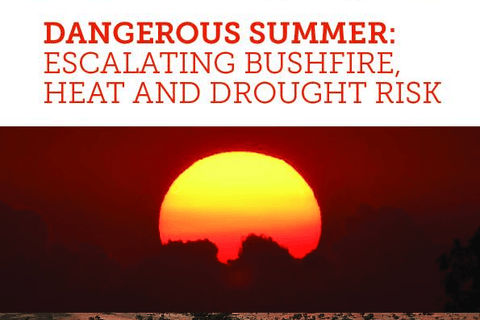 ‘Climate refugees’: is it time to legally acknowledge those displaced by climate disruption?

Food and water security in Vanuatu