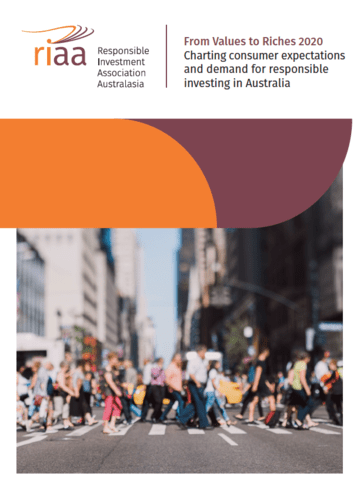 From values to riches 2020: charting consumer expectations and demand for responsible investing in Australia

This study expands upon on the RIAA's last Australian consumer research commissioned in 2017.

The message it gives is resounding: the majority of Australians expect superfunds, banks, financial advisers and other financial institutions to invest their money responsibly and ethically

It’s a response to a devastating summer of unprecedented fires and floods exacerbated by climate change. But it’s also a continuation of the long-term upward trend of investing in-line with one’s values and recognition of the impressive performance of many responsible and ethical options.

The effect of the Australian Superannuation Guarantee on household saving behaviour