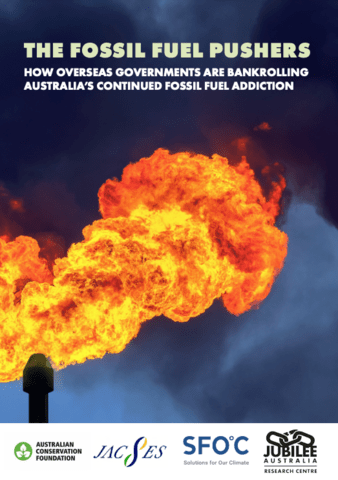 Between 2010 and 2020, overseas public financial institutions provided at least AUD36.7 billion in financing to coal, oil and gas projects. During this period – the hottest decade on record – the same institutions provided AUD3.26 million in support to renewable energy projects. In other words, overseas governments provided more than 11 times as much financial support to fossil fuels as to renewable energy projects.

The worst offenders are Japan, China and South Korea who together provided more than 76.5% of the AUD36.7 billion for fossil fuels. At least AUD28.07 billion of the 36.7 billion went to Australian LNG projects that make up 76% (66.9 million tonnes) of Australia’s LNG capacity, such as Ichthys LNG (AUD10.53 billion), APLNG (AUD7.84 billion) and Wheatstone LNG (AUD4.02 billion).

This public financing is often make or break for projects, subsidising or de-risking private financing and thus propping up fossil fuel projects that may not have got off the ground otherwise.

There is currently another wave of LNG projects in the pipeline for Australia, including the Barossa project off the coast of the NT, which will be one of the world’s dirtiest gas projects. It has already received funding from South Korean export credit agency KEXIM, and other public financial institutions are considering following suit.

Both new fossil fuel projects and the expansion of existing projects are incompatible with the goal of net zero emissions by 2050, and incompatible with keeping global warming below 1.5 degrees which is needed to avoid the worst impacts of the climate crisis.

If we are to keep global warming below 1.5 degrees which is needed to avoid the worst impacts of the climate crisis, it is essential that overseas financial institutions stop financing fossil fuels. Some countries, such as the UK, are now moving to end government funding to all coal, oil and gas developments. While Australia’s biggest overseas funders, Japan Korea and China have all committed to ending unabated coal financing, they are yet to join the UK in adding oil and gas to this phase out.

The evidence has been mounting that Australia is blocking stronger agreements to end public funding of coal and gas has been mounting. If Australia continues this behaviour, it will only provide further cover for foreign export credit agencies and other public financial institutions to continue to develop new fossil fuel fields in Australia. 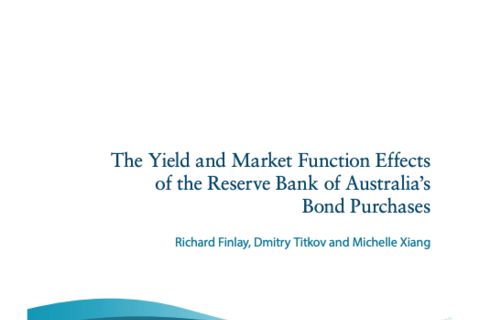 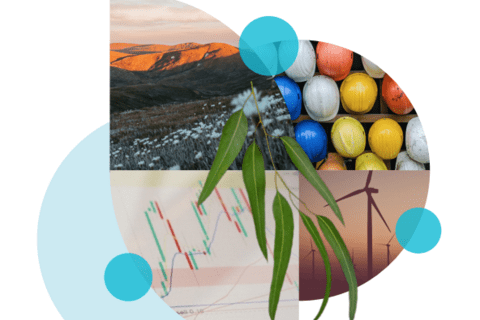 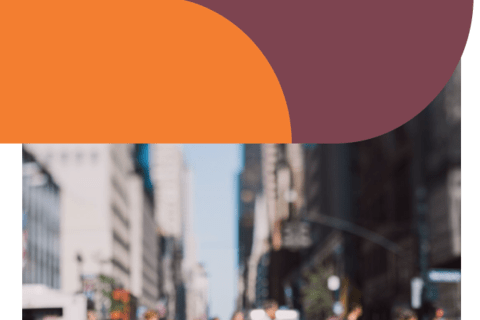 From values to riches 2020: charting consumer expectations and demand for responsible investing in Australia 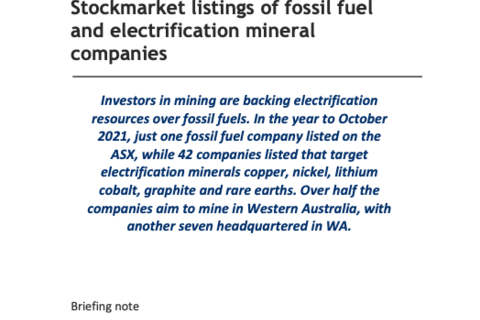 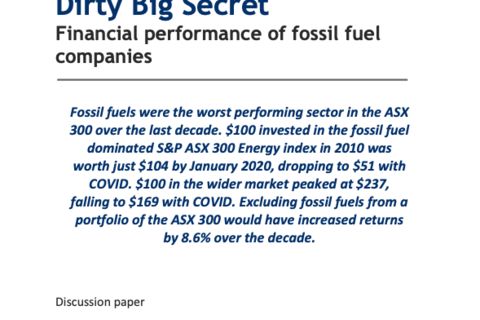