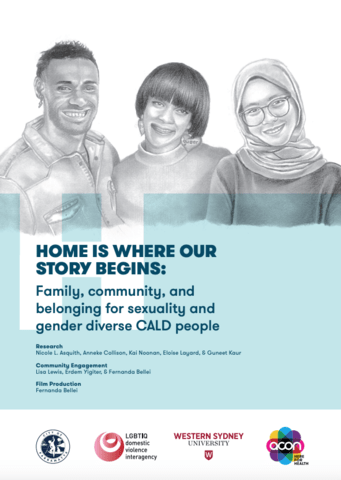 Home is where our story begins

We know so little about the lived experiences of sexuality and gender diverse (SGD) people in Great Western Sydney, who are also culturally and linguistically diverse (CALD). In this project, the researchers filled some of the gaps in knowledge by way of a survey of 60 SGD CALD people in Greater Western Sydney about their experiences and relationships to family and community during the coming out process and during the Marriage Equality debate in 2017. They also conducted in-depth interviews with two participants, and held community development events in Greater Western Sydney.

This report discusses the experiences of participants through a number of themes in relation to both family and community relationships and the marriage equality debate.

Not so private lives

Careful what you wish for