People with long-term disabilities have become increasingly frustrated with the inadequate support services provided by the disability sector. In particular, people with long-term disabilities want to have support services which met their needs as well as greater choice and control in the decisions around them. Over the last five years the popularity of self-directed funding has increased significantly. In 2011/12 the Australian Government made a commitment to implement a National Disability Insurance Scheme (NDIS) as advised through an inquiry by the Productivity Commission to have full rollout country wide by 2018. Self-directed funding is used as a mechanism to promote self-determination and empowerment in people with long-term disabilities and to facilitate their living in the community independently. Self-directed funding can be provided by an individual package held by a provider, by an individual budget held by the person to spend through providers or by direct payments to spend on the open market.

The implementation of self-directed funding models has been implemented in various forms over the past couple of decades, including the piloting of small scale programs and the introduction of larger scale programs by government bodies or departments in specific disability groups.  Self-directed funding models are strongly established in the UK, USA and Western Australia. The inclusion of infrastructure supports such as independent brokers, financial intermediaries and ongoing support for clients are beneficial features of established models, particularly for people with complex needs. Despite their popularity, there is a lack of evidence about the effectiveness of self-directed funding models in practice, and no evidence comparing different models.  No single model has been demonstrated to be superior to another, likely in part because the cultural and political context in which a scheme is introduced has a strong influence on its design, implementation and outcomes. Despite this, there are consistent indications that offering flexible and creative options within models is the best approach for ensuring people with more complex and potentially unmet needs, have an opportunity to take up self-directed funding successfully.

There are limited studies of the feasibility and impact of self-directed funding for people in the compensable sector with catastrophic injuries. Qualitative studies using interviews or questionnaires reveal that, generally, people with long-term disabilities recognise that self-directed funding should be one option among the range of options for receiving necessary support services; however, there is variability in the stated willingness to take on self-directed funding themselves. A lack of awareness of what is involved in self-directed funding and how it can be managed has been reported. In addition, it has been suggested that not all people have the skills, education or experience to manage self-directed funding, hence training and information sessions that are understandable and comprehensive are likely to be necessary in order to encourage uptake.

This NTRI Forum aims to consider the factors which influence the uptake of self-directed funding by the long-term disabled.

Two questions were identified for deliberation in a Stakeholder Dialogue:

1. What are the barriers and facilitators to optimal implementation and uptake of self- directed funding in Australia and New Zealand?

2. How can knowledge of barriers and facilitators be used to address these challenges?

National Disability Insurance Scheme: impact on the Commonwealth budget to 2019-20 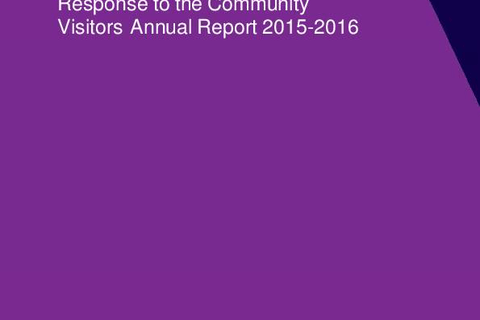 NDIS readiness and beyond

Stories of transition: Stories from the frontline in times of change for ACT social services

Autism and the NDIS: a matter of interpretation