Despite having relatively large flows of migrants into New Zealand, we seem immune to many of the issues facing other countries. When it comes to immigration, we are doing it well. Overall, New Zealand’s experience with immigration is positive. Kiwis are very accepting of migrants, valuing both their economic and cultural contribution to New Zealand. Migrants too embrace New Zealand culture while adding their own unique flavour, and ultimately integrate successfully. Migrants place less pressure on housing markets than popular opinion seems to suggest, and the case for fixing housing markets is strong regardless of the immigration rate. Migrants’ effect on the New Zealand economy and labour market is broadly positive. It all looks pretty good.

On balance, the available evidence suggests that New Zealand benefits from migration, or at the very least the country is not made worse off. The current policy settings look broadly fit for purpose, but policymakers should be vigilant to ensure this remains the case.

Government should also consider reducing bureaucratic drag in the immigration system. Measures such as letting high salaries count towards a migrant’s point tally, and letting private businesses sponsor migrants could ease some of the red tape that keeps high quality migrants from moving here. New Zealand also needs to jump on opportunities for bilateral free movement agreements with other countries. Lastly, where there are concerns that migration imposes a burden on local infrastructure, Government could consider imposing an upfront levy on migrants. 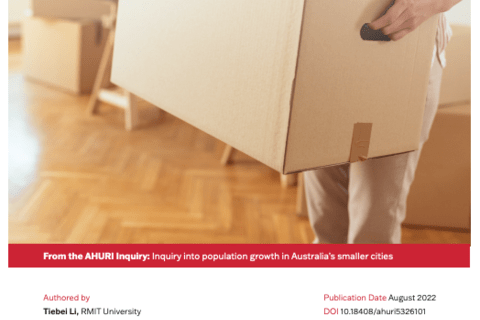 The economic dynamics and population change of Australia’s regional cities

Immigration policies that would enhance the well-being of New Zealanders