The Labor government has promised an inquiry into the on-demand workforce and ‘gig economy’ over concerns about the ‘wages and conditions being offered to workers’. Framing the inquiry in this way assumes that workers should be treated as employees earning a wage and not as independent contractors who partner with online platforms, and suggests that any recommendations by the inquiry are preordained.

Individuals working in the sharing economy currently enjoy work flexibility, earning money based on services provided to end users and determining their own hours. If the ability for individuals to independently contract with platforms is removed, this work flexibility will be stripped, as the platforms would be forced to directly employ and dictate the hours of workers. This would undermine the business model that has created flexible work opportunities for thousands of people, and take away ride-sharing and food delivery services that are currently enjoyed by Victorians.

New labour hire laws by the government, set to come into force in 2019, will add more red tape to the industry. The licensing system being introduced was justified by the actions of a few rogue firms, for offences which were already illegal. Instead of enforcing the existing laws, the government has burdened the industry with licensing fees and compliance costs. Labour hire firms provide a valuable service, specialising in identifying individuals with certain skill sets and matching them with businesses. Businesses are able to effectively manage labour requirements, and workers are afforded work flexibility. The regulations making it harder for labour hire firms to operate are consistent with the anti-labour hire views of the Australian Council of Trade Unions (ACTU), whose sectary, Sally McManus stated, ‘you’ve got to take away the incentive for employers to use labour hire.’

Premier Daniel Andrews has also promised to crack down on employers who are underpaying wages and entitlements with the introduction of new ‘wage theft’ laws. Underpaying entitlements is already illegal. The issue should be resolved with better enforcement of existing law, not by further regulation that adds unnecessary red tape on businesses.

Industrial manslaughter laws have been put on the agenda of a re-elected Andrews government. The introduction of these laws in Queensland, combined with previous attempts made in Victoria, raise important legal concerns. They also could actually undermine workplace safety, by adding disincentives for managers and directors to be actively involved in OHS. The current laws already guard sufficiently against negligence resulting in death on the part of all participants in a workplace. The proposed laws would unfairly focus on bosses and disincentivise entrepreneurship.

Considered together, the actions by the government will curtail working opportunities and hurt the ability of business to offer products and services that all Victorians rely on. Policy should be put forward that will undo longstanding barriers to employment. Rather than imposing red tape, we need to foster a business environment that encourages innovation and opportunities for all Victorians.

Salvation in a start-up? The origins and nature of the self-employment boom

Sentiment and uncertainty about regulation

Labour platforms and gig work: the failure to regulate

Research in the crowdsourcing age: a case study

Rights on demand: ensuring workplace standards and workplace security in the on-demand economy 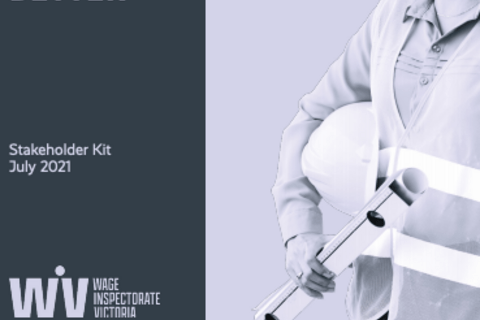