Higher education policy in Australia has contributed to positive outcomes for equity groups, in terms of facilitating access, participation and completion of university. At the same time, prior research has indicated that labour market outcomes are comparable for graduates from equity groups to their non-equity counterparts. It is unknown, however, whether graduates from disadvantaged backgrounds have equitable outcomes in terms of participation in further study after the completion of their undergraduate degree. Given that research findings indicate superior earnings and positive labour market outcomes for postgraduates, it is of policy interest to examine post-study pathways for disadvantaged individuals, in comparison with their relatively privileged peers.

The results from the multivariate analyses indicate that graduates from a low socioeconomic status (SES) background, or with disability, or from a non-English speaking background (NESB) were less likely to be in employment post-degree, relative to their respective counterparts. The estimated reduced propensity of employment for these groups were rather sizable, and were up to 16 per cent less for NESB graduates. However, in terms of further study post-degree, graduates from all equity groups, with the exception of graduates from regional and remote areas, were around two to five per cent more likely to be in further study after their undergraduate degrees were completed, relative to graduates from non-disadvantaged backgrounds. In addition, academic ability, as proxied by Weighted Average Marks, and undergraduate degree field of study areas were found to be influential on the graduates’ propensity to be in further study or employment.

Furthermore, graduates from the equity groups of low SES background, disability and NESB were found to be disadvantaged in labour market outcomes. For example, they were less likely to be in full-time employment, more likely to be mismatched in their jobs if there were employed, and earned less. In particular, graduates from NESB backgrounds were the most disadvantaged in these labour market outcomes.

Despite poor labour market outcomes for the stated equity groups, the findings from this study are encouraging for postgraduate study for students from disadvantaged backgrounds. From the perspective of higher education participation, participation in further study, including postgraduate courses, appear to be accessible for individuals from equity backgrounds. Therefore, more needs to be done from the perspective of ensuring equitable employment outcomes, especially for students from equity backgrounds as they enter employment after post-graduate study.

The future of work: setting kids up for success 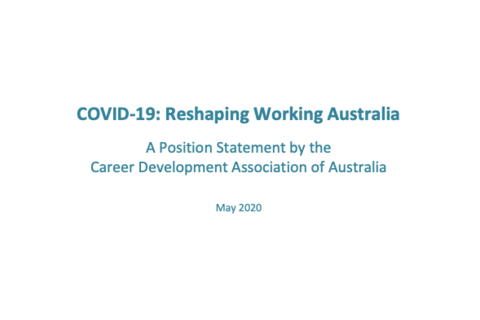 The quest for the PhD: a better metaphor for doctoral education