The cost of youth homelessness in Australia: research brief

The experience of homelessness is fraught with insecurity, a lack of safety, exposure to drugs and alcohol, more health and medical issues and the likelihood of greater contact with the criminal justice system.

The costs to the Australia economy of health services associated with young people experiencing homelessness is an average of $8,505 per person per year or $355 million across all young people aged 15-24 accessing Specialist Homelessness Services. This is $6,744.00 per person per year more than for long-term unemployed youth (another key group of disadvantaged youth).

Homeless young people are much more likely to have contact with the criminal justice system than the general population or other disadvantaged young people, who are long-term unemployed but not homeless. The cost to the Australian economy is an average of $9,363 per person per year or 5391 million across all young people aged 15-24 accessing the Specialist Homelessness Service system. This is $8,242 per person per year more than for long-term unemployed youth.

The economic case for a more effective response to youth homelessness

Supporting vulnerable households to achieve their housing goals: the role of impact investment 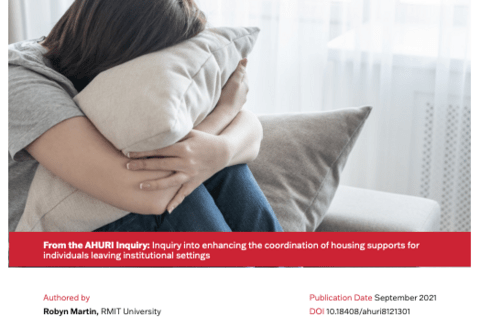 Go your own way

A crisis in crisis: the appalling state of emergency accommodation in Melbourne’s north and west

Estimating need and costs of social and affordable housing delivery

Exploring transitions between homelessness and public housing: 1 July 2011 to 30 June 2013

How might the effectiveness of federal housing and homelessness spending be better measured?