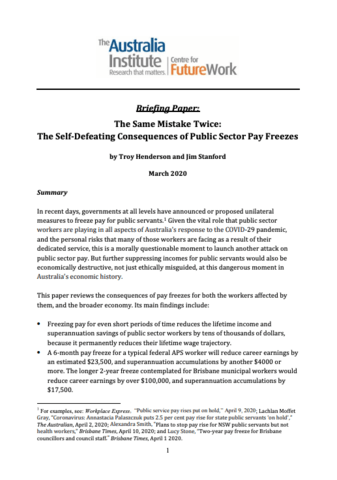 In recent days, governments at all levels have announced or proposed unilateral measures to freeze pay for public servants. Given the vital role that public sector workers are playing in all aspects of Australia’s response to the COVID-29 pandemic, and the personal risks that many of those workers are facing as a result of their dedicated service, this is a morally questionable moment to launch another attack on public sector pay. But further suppressing incomes for public servants would also be economically destructive, not just ethically misguided, at this dangerous moment in Australia’s economic history.

This paper reviews the consequences of pay freezes for both the workers affected by them, and the broader economy. Its main findings include: 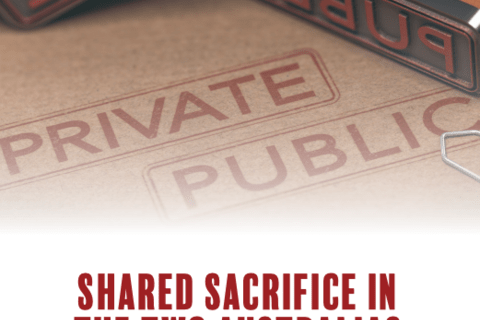 Shared sacrifice in the two Australias

The entangled relationship between Indigenous spatiality and government service delivery