Unfamiliar pasts challenge our view of responses to refugees

How do Australian institutions and political leaders draw on history to tell us who we are? How do they make sense of Australia’s past as a country of immigration and a nation that has accommodated hundreds of thousands of refugees?

Australia has always had a very proud record in terms of offshore humanitarian programs. We are one of the most generous countries in the world.

The Liberal member for Brisbane wasn’t particularly original when she made that statement. She was rehashing something that Australian political leaders have said ad nauseam for at least the past 60 years. But that shouldn’t stop historians from questioning the purpose and the legitimacy of her words.

Historians also ought to ask: “Is the claim that Australia has always been generous, actually accurate?” I have long argued that it isn’t – at least as far as the government’s motivation for resettling refugees was concerned.

Until the late 1960s, Australia resettled refugees because it wanted immigrants. It selected refugees who were young, healthy and able to work or bear children. Ever since then, refugees' “integration potential” and foreign policy objectives have often outweighed humanitarian considerations.

Our narratives about the past make sense of and confirm ideas we have about ourselves. Such sense-making histories are both limited and limiting.

Hindsight encourages us to focus on one particular pathway. I am in favour of adopting the vantage point of the past, not least in order to be able to pay attention to pasts that seemingly went nowhere.

I am saying that not as somebody who is uninterested in the present. To the contrary: I am keenly interested in what is happening today. It is this that makes me sceptical about histories that conceive of the past only as a precursor of the present.

Refugee rights in retrospect look different now from then

Let me illustrate my point. The conventional narrative has it that in the late 1940s and early 1950s, governments around the world heeded the lessons of the Holocaust and agreed on a convention that defined refugees, and then accorded them certain rights. But that’s the result of retrospective sense-making: because now we acknowledge the centrality of the Holocaust in 20th-century history and because the 1951 Refugee Convention (206) is now used to distinguish between refugees and other irregular migrants.

If we looked not backwards from the vantage point of 2014, but forwards from the vantage point of, say, 1948, that narrative would make little sense. Those drafting the Refugee Convention were not guided in their thinking by the idea that the convention would prevent a repeat of the Holocaust because it would allow refugees (and would-be refugees) to successfully seek the protection of other countries. Rather, they wanted to create an instrument that could be used to provide a legal framework for the resettlement of European displaced persons, the so-called DPs.

But there was an international instrument designed to protect people seeking asylum: the 1948 Universal Declaration of Human Rights – or rather, earlier drafts of that declaration. “Everyone has the right to seek and be granted, in other countries, asylum from persecution,” one of those drafts said. This is also what Article 14 (1) of the 1948 Universal Declaration says, except that the words “and be granted” were replaced by the almost meaningless “and to enjoy”.

Why is the original intention of those drafting the Universal Declaration important now? Because we have lost sight of the right to asylum, which was discussed not only in the lead-up to the Universal Declaration, but also throughout the 1950s and 1960s. A rediscovery of a truncated trajectory could make us rethink aspects of the current refugee and asylum seeker regime.

Do we let the status quo decide the future?

Finally, history is useful because it can confound expectations and make not just the past but also the present appear unfamiliar.

Here is an example: once upon a time, many boats carrying asylum seekers arrived in the middle of an Australian election campaign. There were six boats within 24 hours. Political leaders talked of queue jumpers, of a flood of “boat people”, of economic migrants masquerading as refugees, and of Australia’s right to determine who enters the country. Newspaper editorials and politicians demanded that the boats be sent back. Public and published opinion was overwhelmingly in favour of more stringent border control measures.

Nine days out from the election, with the government narrowly leading in the polls, a senior government minister gave a radio interview. The interviewer reminded the minister that people in the part of Australia where most of the boats had landed had raised serious concerns. “Indeed they have,” the minister said, “but they are not the government.”

The incredulous interviewer then said: “You have no suggestions at all that we should be stopping these boats from coming in?” The minister, who was, I repeat, a very senior member of the government, responded: “None whatsoever.”

He obviously thought it was preposterous to assume that good public policy ought to be guided by public opinion. The minister and his government got away with it and won the elections.

In this case, history could teach us not to accept the status quo as natural. Contrary to what is now generally assumed, it may well be possible for good public policy to be ahead of public opinion – in fact to provide the kind of leadership that ought to inform public opinion. It may also be possible to advocate a humane refugee and asylum seeker policy and not be punished at the ballot box.

To recapitulate: history can be useful in at least three respects. It helps us to demystify the stories we tell about ourselves; it teaches us about seemingly inconsequential pasts and thus allows us to imagine alternative futures; and it allows us to see the present in a new light – as something that does not need to be taken for granted.

PS: Historians shouldn’t tell fairy tales. As I have detailed elsewhere, the government minister who thought that refugee policy did not need to be guided by vox populi was Andrew Peacock, on December 1, 1977.

Readers can learn more here about the “Hostel Stories” project, which gave rise to this article.

This article is the revised version of a talk Klaus Neumann was invited to give by the University of Adelaide's "Hostel Stories" project, which has been supported by an Australian Research Council Linkage grant.

This article was originally published on The Conversation. Read the original article. 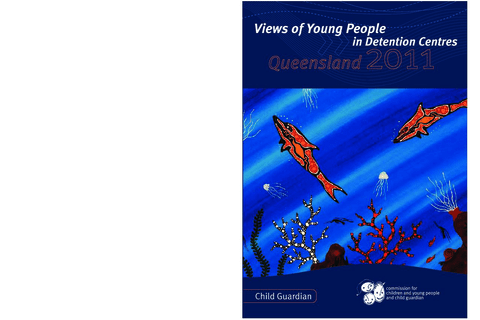 Australia and the 1951 Refugee Convention

How to improve the asylum seeker debate: listen to experts

Academics for Refugees policy paper: a just and humane approach for refugees

Pathways to protection: a human rights-based response to the flight of asylum seekers by sea