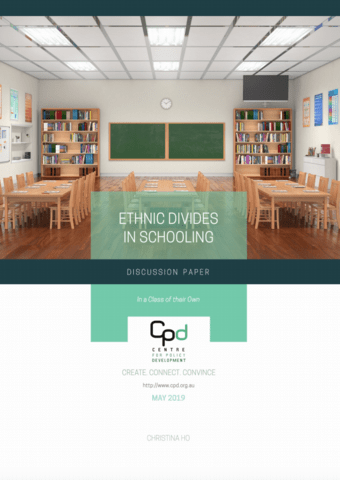 Australian schools are more culturally diverse than ever. Many decades of migration, from increasingly diverse source countries, have created a rich mix of students in our schools, particularly in major urban areas. In New South Wales (NSW) government schools, approximately one third of students come from a language background other than English (LBOTE), speaking more than 230 different languages (NSW DoE 2018). In Victorian government schools, 27 per cent of students are from a LBOTE and 13 per cent are English as an Additional Language (EAL) learners (Vic DET 2018).

This discussion paper examines the impact of increasing cultural diversity on our education system in two main arenas: firstly, variation of educational outcomes of LBOTE students and, secondly, enrolment in schools. In both cases, ethnicity is mediated by social class, and indeed, divisions and inequalities that may initially seem to be explained by ethnic difference are often in fact about unequal access to the economic and other resources required for educational success.

Using My School data, the analysis shows varying educational outcomes of students from a language background other than English (LBOTE). At one end of the spectrum, the high-achieving children of skilled Asian migrants are now highly visible in selective schools and classes and on Year 12 honour lists. On average, 83% of students in Sydney’s fully selective schools are from a LBOTE. However, the stereotype of the ‘Asian high achiever’ masks the enormous diversity of experiences of LBOTE students, and the continued disadvantage faced by many of these students. Other students from migrant backgrounds are concentrated in lower-income areas and continue to experience disadvantage. Sydney has 125 schools where more than 90% of students are from a LBOTE. These schools are concentrated in western and south-western Sydney, are more likely to be socio-economically disadvantaged, and are below average in terms of academic performance.

The mixed experience of LBOTE students is also reflected in school enrolments. Even in our multicultural capital cities, there are some schools with barely any LBOTE students, and other schools with large majorities of students from a LBOTE. To a significant extent, this reflects the uneven distribution of migrants across our suburbs, but as this discussion paper shows, the schools themselves do not reflect the cultural diversity of their communities. There are also striking divisions between government and non-government schools in their enrolment of LBOTE students. Sydney, for example, has 99 schools with a student LBOTE population of less than 10%, and they are largely non-government schools and clustered in the North Shore and Eastern Suburbs. These schools are much less culturally diverse than the suburbs in which they are located.

Many of these ‘ethnic divides’ reflect official policies encouraging school choice, which enable families to bypass their local school in search of a ‘better’ school or student cohort. Schools now exist in a marketplace increasingly characterised by competition and hierarchies, which tends to disadvantage families with lower levels of financial or cultural capital. In a multicultural society, schools have a vital role to play in ensuring that all young Australians have the knowledge and skills they need to be active citizens, and to operate in a globalising world. However, this discussion paper shows that increasing inequality and division are undermining our schools’ capacity to build these qualities in the next generation.

This paper is the fourth discussion paper in CPD’s In a Class of Their Own series on disadvantage in Australia’s schools. The series explores different facets of Australia’s contemporary school system and how it impacts students, families and communities.

How useful is the term 'culturally and linguistically diverse' (CALD) in Australian research and policy discourse?

Building social cohesion in our communities: an online resource for local government

Engaging with diversity: a case study of the intercultural experiences of Muslim and non-Muslim students in an Australian school 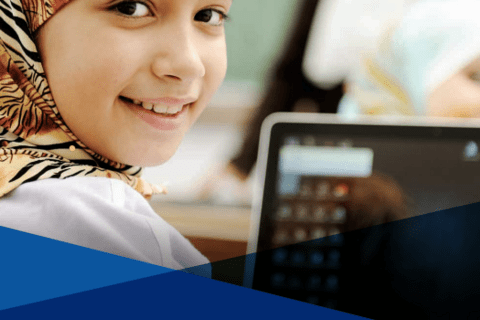