Only by learning from the mistakes of the past five years can policymakers spend the next five steering the region in the right direction. If decision-makers can reorient their priorities, the countries of Asia and the Pacific could position themselves to take advantage of the enormous opportunities at hand.

Arguably, the biggest policy story of the last five years has been painful inertia.

Australia’s current position, for instance, does not seem significantly better than it was in 2014, whether it be in terms of the climate, the economy, or its place in the world. The country faces many of the same policy problems now that it did then, and two elections and three prime ministers later, it doesn’t seem much closer to achieving serious long-term solutions.

The first issue at hand for the region is the most pressing and the largest in scale. No discussion of the last five years of policy, and surely the next five, is complete without mentioning climate change. 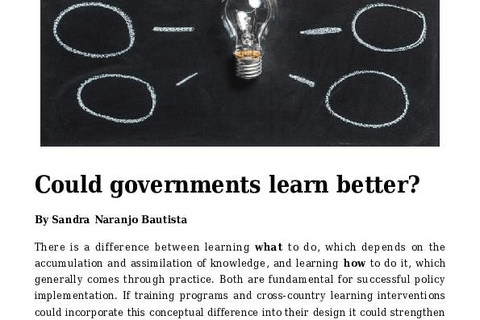 Success and failure in public policy: twin imposters or avenues for reform? Selected evidence from 40 years of health-care reform in Australia

All change: why Britain is so prone to policy reinvention, and what can be done about it

The real cost of direct action: An analysis of the Coalition's Direct Action Plan