The Climate Council is Australia’s leading climate communications organisation, a not-for-profit working to provide the latest climate science and solutions information to Australians, journalists and policymakers. To date, the Climate Council has produced more than 80 scientific reports and communicated climate science and energy information in the form of more than 20,000 media items across the nation, and around the world.

Over the past decade, public concern and general understanding of climate change has grown, especially as more and more Australians witness or are personally affected by extreme weather events, including heatwaves, supercharged storms, cyclones, heavy rainfall, flooding and drought, along with more severe bushfire seasons. Despite this rise in public understanding, the climate communications challenge remains just as important as ever, as Australia continues to grapple with the complexities surrounding the national transition from ageing, inefficient and polluting fossil fuel power stations (such a coal and gas) to a zero-emissions future. The existence of strong climate and energy policy in Australia has never been more important, and with Australia’s electricity sector the nation’s biggest polluter, continuing the transition to clean energy remains the biggest opportunity to tackle climate change in our own backyard.

Energy has become one of the biggest hot button political issues, not only in federal politics but also for state governments across Australia with energy expected to be a key issue in several upcoming elections. The Federal Government’s framing around the energy debate has revolved around energy security or ‘keeping the lights on’, skyrocketing electricity costs and incorrectly blaming issues in these areas on the speed of Australia’s transition to renewable energy.

However, an increasing number of Australians are becoming engaged in Australia’s climate and energy policy debate, with a recent 2018 Lowy Institute poll showing 84% of those surveyed believed the government should focus on renewables, even if this leads to investing in infrastructure to increase the reliability of the national energy grid. In the same poll conducted in 2017, this figure has risen from 81% (Lowy Institute, 2018).

Energy in Australia is a complex beast. The energy sector is typically riddled with obscure industry jargon, from ‘baseload’, ‘dispatchable power’ and ‘load shedding’, to the intricate supply and demand operations of the National Electricity Market (NEM).

This guide has been created to assist those communicating on climate change and energy to do so accurately and effectively. It includes some clear definitions of climate and energy concepts delivered in a manner that is widely understood by the public, and in messaging that is easily received. This guide includes advice on communicating the complex aspects of the energy debate, including the role of coal, gas and renewable energy and energy storage in relation to greenhouse gas pollution and efforts (or lack of) to effectively tackle climate change.

When the facts change: how the ICCC saved New Zealand from a policy disaster 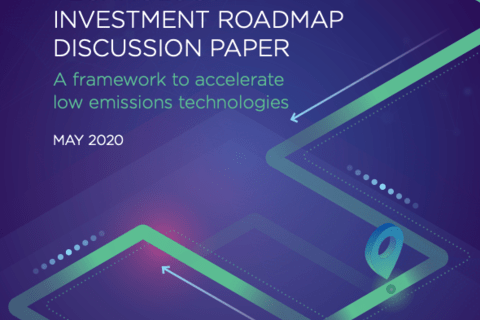