Helen Hughes and Mark Hughes are to be commended for their latest foray into the vexing and difficult arena of Indigenous education in Australia. Any work that shines a spotlight on the appalling state of education outcomes for Indigenous Australians is to be welcomed. However, it seems that the Hughes team is content to continually promulgate simplistic arguments about what is a ‘wicked’ policy problem.

As someone who has spent years teaching literacy and numeracy in remote communities and researching Indigenous education issues, I find their analysis of Indigenous education in Australia particularly worrying. Their research is unable to grasp the well-established causal relationships between historic systemic neglect, entrenched socio-economic disadvantage, geographic isolation and poor health with educational outcomes.

These structural determinants of educational achievement are well noted in research throughout the world, regardless of ethnicity, location or educational approach. Instead of beginning by acknowledging these factors as key barriers to success that need to be overcome in partnership with Indigenous educational communities, their research denigrates the efforts of many Indigenous and non-Indigenous people involved in education and community development. They do this through a naive attribution of blame.

While such assertions may find a resonance in populist or political discourse for those who have limited knowledge of Indigenous education, they must be examined against a reality that is far from straightforward.

Remote Indigenous education sits at the forefront of a larger political landscape of Indigenous affairs that has long been characterized by ideological polarisation, political expedience and complex policy function. On the ground this is overlain by a diversity of lifestyle and geographic location, differing histories of engagement with non-Indigenous Australia and a wide spectrum of aspirations for economic and community development choices. Furthermore, the daily routine of school in remote communities often takes place against depressingly high rates of unemployment, early mortality, poor health, violence, crime, substance abuse and youth self harm and suicide.

Any consideration of Indigenous education in areas like the remote regions of the Northern Territory must recognize the close relationship between low levels of attainment and poverty, health, housing, access to government services, infrastructure and socio-economic status. These factors are not excuses for poor outcomes. Rather, they combine to constitute the very difficult reality within which teachers, students and parents battle every day to raise literacy and numeracy standards. These are the people that come together to make up the schools that Helen Hughes wants to blame for failure.

Rather than blaming teachers, parents and schools we need work on ways to ameliorate the devastating legacies of poor health and underinvestment, as well as getting pedagogic approaches right. One example of how social variables can contribute to poor educational attainment in remote areas is the prevalence of hearing loss through ear infections (Otitis Media). In a survey of more than 1000 Indigenous students from remote communities, 79% were found to have an educationally significant hearing disability. This is just one of the myriad health factors that affect education outcomes for Indigenous students.

It is the same story with historical investment. John Taylor and Owen Stanley’s study of Wadeye found that under-spending on education in the region totaled $3.2 million dollars per annum and that for every dollar spent on a child elsewhere in the NT, only 0.47c was spent on a student at Wadeye. This underspend has most likely been replicated in other remote communities. Such underinvestment is further compounded by an historical legacy of Commonwealth monies targeted for Indigenous education either not being accessed or misspent by the former NT Government. The Collins review, found that 46% of money designated for Indigenous Education was going straight to NT Treasury coffers as ‘on costs’. This is the extra money, the Indigenous specific expenditure, that these schools desperately need and that Helen Hughes wants to characterize as largess. This is in a context where no high school facilities were provided to Indigenous students until 2005. The effects of these social and economic determinants on classroom performance are wide ranging and intergenerational.

Teaching in general is a tough job and teaching in remote communities is as hard as it gets. Poor NAPLAN results are not an accurate or fair reflection on the ability of teachers or the schools they work in. Nor are they a reflection of a lack of direct classroom instruction. We have had ten years of back to basics, literacy and numeracy programs in schools aimed at lifting NAPLAN scores. This is patently not working. The poor scores are rather a reflection of the deep social inequalities in our educational systems. This is why both Indigenous and non-Indigenous students in low socio-economic areas in other parts of Australia also achieve poorly on such tests. We have to ask the question, what are these tests really showing? Are they testing literacy and numeracy skills or are they simply showing us scales of social disadvantage? It seems clear that we need more nuanced measures of success and failure than what these tests are offering us as a basis to construct good policy.

It is probably worth outlining a few other facts that Helen Hughes seems to have missed in her analysis.

First, there has never been a separate system of education for Indigenous students. In fact 40.5% of students enrolled in the NT are Indigenous and many attend urban high-schools and primary schools in Darwin and Alice Springs as well as attending schools in remote areas. All NT students study under the Northern Territory Curriculum Framework that covers key learning areas in math, science, English, social science, sports and Indigenous studies. It is based on international and national best practice. There is no separate curriculum for remote Indigenous students.

Second, the Northern Territory has a demographic and geographic profile that creates unique educational challenges. 75% of the Northern Territory's Indigenous population reside in remote communities spread across 1 346 200 square kilometres. There are 985 Indigenous communities in the NT with a total of 185 schools (153 public and 32 private schools), 40 Homeland Learning Centers. 40 of these schools that have less than 4 teachers. Getting the policy and implementation mix right is certainly not easy.

Third, phonetics, arithmetic and grammar exercises form a daily part of the teaching and learning cycle in the remote schools of the NT and have done for years. Critical literacy theory and genre based approaches that underpin curriculum frameworks are based on multi-disciplinary pedagogic approaches, not postmodernism. Teachers are trained professionals; they know their students and are well qualified to measure their performance. Curriculum content and design is set nationally and determines daily lessons. Parents and community members, as well as external moderators are regularly involved in this process and each teacher is accountable for their program. It is a fallacy to suggest that nonperformance of schools is causing Indigenous student failure.

Despite all these qualifications, there are important points in the Hughes’s latest monograph that I support. The chronic lack of expenditure on outstation education, by both the Commonwealth and the Northern Territory Government is a disgrace. Outstation schools should be properly funded and serviced. There are around 10,000 Aboriginal people living in outstations and the children that grow up there deserve the best possible education. I also concur that the need for standardised attendance data is palpable and that “fiddling’ with truancy laws through mechanisms such as the just extended Improving School Enrolment and Attendance (through Welfare Reform) Measure (SEAM) is a waste of time.

As shown by the brief examples above, the challenges facing remote Indigenous education are far from unilinear and will not be overcome through simply attributing complex causes of poor outcomes to poor schools or bad teaching. Nor will they be overcome through one size fits all, proscriptive pedagogy. Rather, solutions are likely to be long term and achieved through incremental hard work. We should maximize innovative development of programs and policy arrangements, redress historic under-investment, concentrate on known factors of success such as community partnership and a mix of direct and indirect classroom instruction and demand real commitment from all levels of government for all Indigenous students.

Decision taking in times of uncertainty 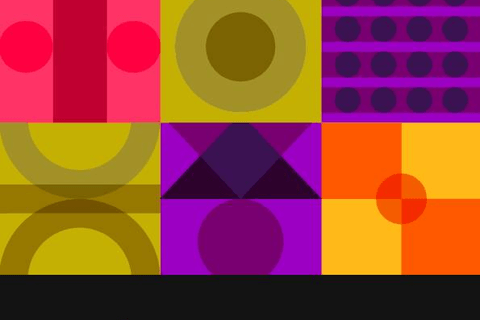